APA (American Psychological Association) Style uses the author-date method for in-text citations. This means that when you cite a source, you should always provide both the author's last name and the publication year for the source. If you're quoting from a source, then you also provide the page number(s) of the section you're quoting.

There are two ways you'll use other people's words in your work.

The following tabs provide guidelines for in-text citations in both of these situations.

Guideline: Work by one author, no quotation marks required.

According to Davis(1978), when they learned of an ape's ability to use sign language, both linguists and animal behaviorists were taken by surprise.

When they learned of an ape's ability to use sign language, both linguists and animal behaviorists were taken by surprise (Davis, 1978).

In their e-mail correspondence, Smith and Jones expressed their surprise about an ape's ability to use sign language (as cited in Davis, 1978).

As Davis (1978) reported, "If the existence of a signing ape was unsettling for linguists, it was also startling news for animal behaviorists" (p. 26).

"If the existence of a signing ape was unsettling for linguists, it was also startling news for animal behaviorists" (Davis, 1978, p. 26).

Guideline: When the quotation is more than 40 words in text, do not use quotation marks, but indent the quote into its own block of text.

Students having a hard time finding databases isn't a new phenomenon. At the University of Washington, they have problems too.

With the addition of so many new databases to the campus online system, many students were having difficulty locating the database they needed. At the same time, the role of Session Manager had evolved. The increased importance of the Session Manager as a selection tool made it a part of the navigation process itself. (Eliasen, McKinstry, Fraser, & Babbitt, 1997, p. 510)

Guideline: When quoting material that has a citation within it, keep the original citation. (That embedded citation does not need to be included in your reference list.)

For more information, we recommend reading the APA Style Blog's post How Do You Cite an E-Book (e.g., Kindle Book)? (Lee, 2011).

APA has a few formatting guidelines for the reference list.

URLs (uniform resource locators) provide the location for a source on the Internet. However, URLs can often change, which causes problems for references because we're trying to send our readers to a specific location.

That location problem is where DOIs come in. DOI stands for digital object identifier. DOIs provide static, permanent online locations for sources. They're also noticeably shorter than most URLs, which is handy!

If you can't find the DOI on either the article or the database record page, you can look it up on CrossRef.org's Free DOI Lookup form. Scroll down to the bottom and type in the first author's last name and the title of the article.

* Don't include the parts of publishers' names that are not required to locate the publisher. For example: Publishers, Co., or Inc. However, keep the words Books and Press.

Last_name, First_initial. Middle_initial. (Publication Date). Title of source [Description of format, if it's not just a plain webpage]. Retrieved from http://www.URL.com

Note: APA citation is about the source, not the location of the source. While these are examples of some specific online sources, most online sources will actually fall under other categories: articles, eBooks, reports, etc. Be sure to look up the guidelines for those source types. 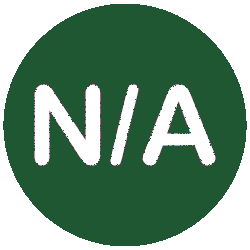 The APA manual focuses on writing and style conventions for professional publications, not academic papers. However, we can use the APA's general rules to interpret how to cite course materials. It all comes down to how you retrieve the source.

These are basic examples for citing legal materials; for more information, see the latest edition of The Bluebook: A Uniform System of Citation (19th ed., 2010), which is the source for APA legal citation style.